~ 1 year, 2 mos ago   May 21 2019, 1:25pm
The 100 Club hosted its 65th Annual Heroes Awards Banquet on Thursday, May 16, 2019. Captain Buck Clendennen was one of The 100 Club's 69 Law Enforcement Officers and Firefighters that went above and beyond the call of duty. During the banquet, each Officer received a Sig Sauer Model 229, Semi-Automatic Commemorative Pistol, along with an etched jade glass award. 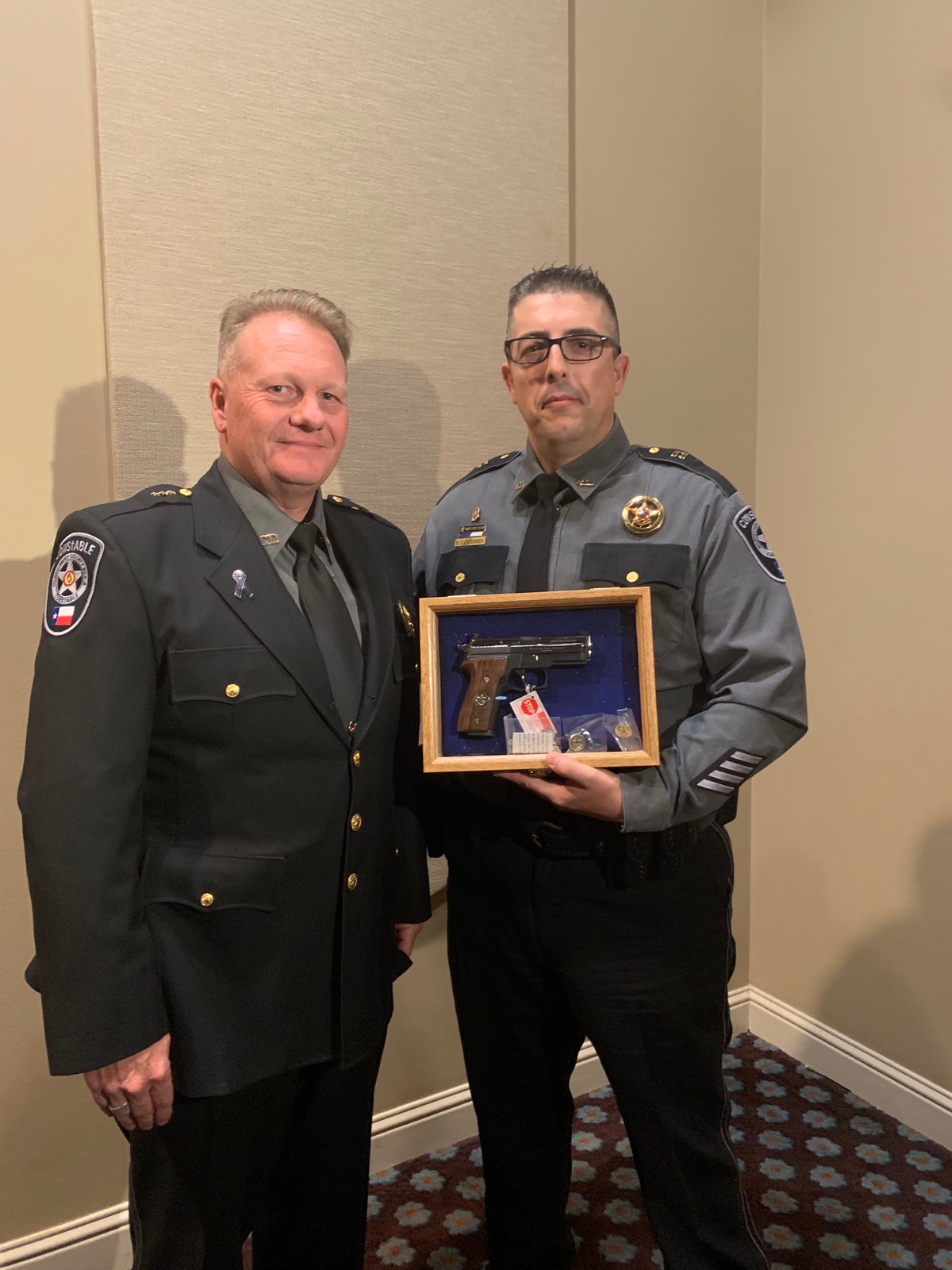 [Photo: Chief Deputy Welch (left), Captain Clendennen (right)]Here is the excerpt from the program: A 15-year veteran of law enforcement, Montgomery County Constable, Pct. 4 Captain Buck Clendennen oversees the Special Response Group (SRG) and the Swift Water Rescue Team (SWRT) in addition to supervising the patrol division. With more than 20 years of experience in water rescue extending back to his firefighting days, Clendennen has developed and grown the Pct. 4 SWRT to be one of the largest and best in the area. The team conducted a large number of water rescues during Hurricane Harvey, and on March 29 th , 2018, the team was ready for action again when a flash flood hit the east Montgomery County area. On a nighttime call to assist water rescue, Clendennen and his team met up with firefighters at the scene and deployed on an airboat near two flood victims were clinging to trees. The victims had been driving along a flooded roadway when their vehicles were swept off the road. Putting his own life at risk, Clendennen attached a line to his vest and then, through a swiftly moving current, swam to the tree and successfully pulled one of the victims to safety while the firefighters rescued the second victim. Clendennen put his love for and skill in water rescue on full display that dark night, and thanks to his selfless efforts, a life was spared from the treacherous flood waters.Captain Clendennen was proud to receive this award stating, "I'm humbled by this award and honored to represent my agency this way." Constable Rowdy Hayden could not be more proud of the leadership, honor and dedication Capt. Clendennen shows each day, towards keeping the residents of east Montgomery County safe and secure.The 100 Club is a non-profit organization that provides financial support to the families of law enforcement and firefighters that were killed or catastrophically injured in the line of duty in and around 32 counties surrounding Houston, TX. If you'd like to support The 100 Club, please visit the100club.orgwww.facebook.com/MCC onstablePct4/
Reply
What are your thoughts? Log in or sign up to comment Log in » Sign up »