UPDATE: Here is a statement from ICE on this case, as well as some info pertaining to illegal aliens leaving/reentering the U.S.Marvin Yovani Mejia-Ramos (aka Martin Jose Romos-Ramirez, aka Ricardo Rodriguez-Morales), 50, is an illegal alien from Honduras who has used multiple aliases and countries of origin. Following his encounters with U.S. immigration officials, he was twice granted voluntary return to Mexico: Feb. 21 and Feb. 28, 1999. Immigration officials next encountered Mejia-Ramos in 2013 at the California Department of Corrections and Rehabilitation (CDCR) Correctional Training Facility in Soledad, California, following his convictions for committing a lewd act upon a child and sexually abusing a minor. On June 20, 2013, Mejia-Ramos was administratively ordered removed from the U.S. and on Oct. 3, 2013, he was removed to Honduras.

On Jan. 30, 2019, Mejia-Ramos was transferred into the custody of U.S. Immigration and Customs Enforcement (ICE) in Houston after he was arrested by the Montgomery County (Texas) Constable’s Office (Precinct 4) during a routine traffic stop. He remains in ICE custody pending disposition of his federal criminal prosecution for immigration violations.

Illegal aliens who meet certain criteria may be permitted to voluntarily depart the United States in lieu of removal proceedings, also referred to as a voluntary return (VR). By accepting the VR, the alien admits that they are illegally present in the United States and agrees to be returned as soon as possible. VRs are usually effected within one or two days. A VR does not have the same legal consequences as an official removal (deportation).Depending on an alien’s criminality, an alien who re-enters the U.S. after having been previously deported commits a felony punishable by up to 20 years in federal prison, if convicted.~ Tim Oberle,
Public Affairs Officer/Spokesman
Immigration and Customs Enforcement - Houston============================================A repeat felon and sex offender, who was previously deported and is back in the US illegally, has been placed in federal custody after a PCT 4 Deputy identified him during a traffic stop early Wednesday morning. According to reports from PCT 4, early this morning, Wednesday ,January 30th, around 6am, a Deputy from Constable Rowdy Hayden's office stopped a black 2006 Jeep Liberty on the northbound feeder road near FM 1485 for a traffic offense. Inside the vehicle, he located a Hispanic male who identified himself as Jose Ramirez. However, an onsite fingerprint scan revealed his true identity to be Marvin Yovani Mejia Ramos, a 50-year-old deported felon from Mexico. Records on Mejia Ramos showed he had previously served 6 years for Perjury, 6 years for Sexual Assault of a Child and 2 more years for Lewd Acts with a Child Under the Age of 14, all in Los Angeles (CA). Mejia Ramos also spent an additional 8 years in Lancaster (CA) for Continuous Sexual Assault of a Child. Since that time, he has been deported in 2013, but soon returned...Only to be arrested in 2015 for DWI in the Houston area, again under a fake name. The Department of Homeland Security was contacted by PCT 4, at which time they came and took custody of Mejia Ramos."Mejia Ramos is a very dangerous convicted criminal that is in our country illegally," said Constable Hayden. "Great job by our deputy that located him and is once again bringing him to justice".www.facebook.com/MCC onstablePct4/ Round them up and ship them back where they belong! BUILD THE WALL!!!
Reply
* Reactions disabled on political threads.

They are being released too quickly. They need to do some really hard time. These are serious crimes against our children. They should be dealt with in the same manner as murder. No one should have the opportunity to do this over and over again! Sick !
Reply
* Reactions disabled on political threads.

I agree quit slapping them on their hand and turning them back loose so they can keep molesting kids. what is wrong with our justice system ? once a child predator always a predator. anyone that messes with kids first offense 20 years in prison no parole second offense life !
Reply
* Reactions disabled on political threads.

Rape to me is worse than murder and makes me want to puke
Reply
* Reactions disabled on political threads.

Really where are they?
Reply
* Reactions disabled on political threads.

Yes, the bad apples should be dealt with. However, the percentage of bad apples in the immigrant population is no higher than the percentage of native-born bad apples. When the nation's intelligence chiefs reported to congress on the major threats to our security last week, the southwest border didn't even rate a mention. Drumpf's wall would not stop illegal border crossings -- people who really want to enter illegally will find a way over or under it; there's too much border for our manpower to patrol. It won't stop terrorists -- they just fly into our airports. It won't stop illegal drugs -- they come through the normal ports of entry. So what will Drumpf's wall do -- it'll cost one helluva lot of money, and will only serve to satisfy his edifice complex. I sure hope that congress will have the common sense to stop it.
Reply
* Reactions disabled on political threads.

@otto : Yes we will have all that happen whether the wall is built or not, however, it will put a cork in the majority of it. We can't have them pouring into this country like someone blowing up a dam. They are flooding in and bring diseases that have been, for the most part, eradicated in the USA. It will eventually bankrupt this nation. Do you realize what they do for each and every single one of these people that come here? ...and we're talking about 2 or 3 caravans of about 6 to 12,000 people each? ...and please don't forget the droves that have been entering in the past. They are given housing for at least a year, (and more after the years up, they simply apply again and again and again), they are given food stamps, they are given money to buy clothes, they're given free medical and free education for all. Forgive me for not being as understanding, but enough is enough and this Country needs to start thinking of it's own. Our own Medicaid and Medicare programs have been cut because of funding. We have US citizens that are trying to live on minimum wage that could use some help. It amazes me that so many people only think of this a President Trump issue. Really???? It's everybody's issue !!!!
Reply
* Reactions disabled on political threads.

@otto : Also, have you taken into consideration that those felons that are arrested are slapped on the wrist and then sent back to their country, so they can walk across our border again and do the same thing? American citizens get "real" jail time. This is outrageous!
Reply
* Reactions disabled on political threads.

I agree the arrested felons should be appropriately punished. I agree that this country needs immigration reform. However, a medieval wall is not the answer. Locations where a wall makes sense are already fenced. This $5.7B (that's 5,700 millions) that Trump is demanding would only build 230-odd miles of wall at a cost of roughly $24,000,000 per mile!!! And it would still leave hundreds of miles of the border unfenced. To fence the entire border would probably be more than $50B. To misquote Tennessee Ernie Ford, "I spent $50 billion and what'd I get, a little bit older and a whole lot more debt." It is a president Trump issue, because he's the only damned fool insisting on it. The majority of Americans oppose the idea.
Reply
* Reactions disabled on political threads.

This is not Trumps issue! It is America's issue and has been going on for way to long. Most are fed up and want something done
Reply
* Reactions disabled on political threads. 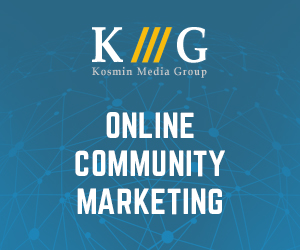